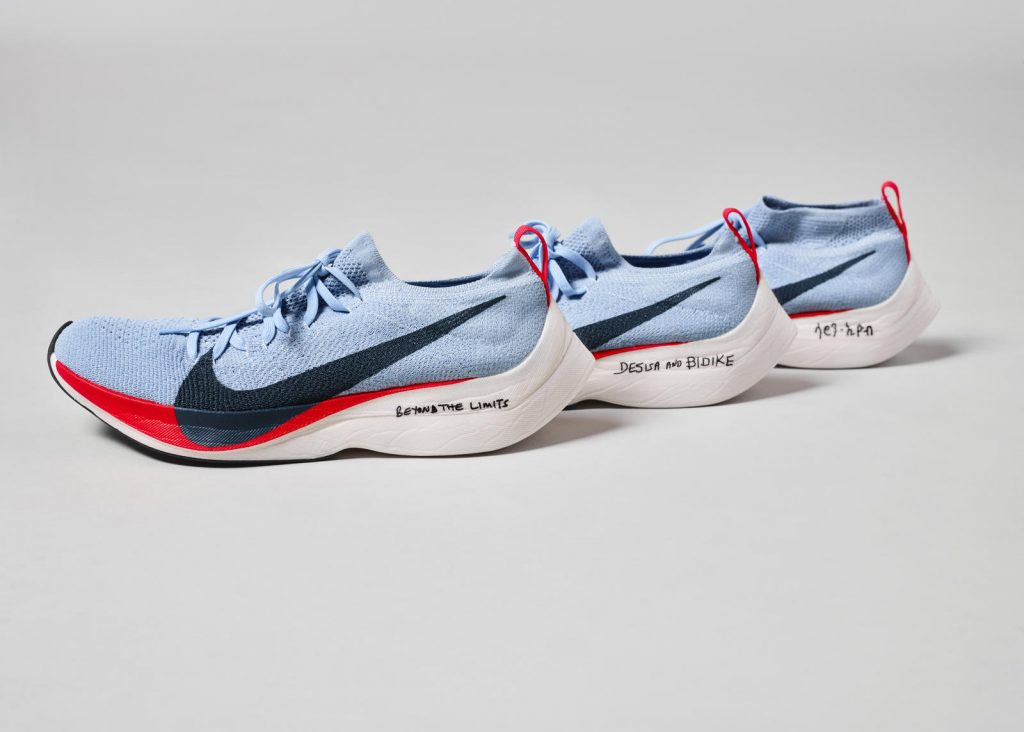 For about a year I have been drafting a post about the problem with modern running shoe technology. It was inspired by the emergence of the Nike Zoom Vaporfly 4%, which had been the buzz of the running world ever since Eliud Kipchoge ran in a custom prototype of the Vaporfly in an attempt to break 2 hours for the marathon in Nike’s highly publicized Breaking 2 marketing event. He fell short, but still ran 2:00:25—course and conditions not eligible for record purposes. Journalists took the bait and even the non-running world was interested in the shoe, as signaled by a New York Times feature. The summer after, nothing magical seemed to happen, but in the fall Shalane Flanagan closed hard against the best marathoners in the world in the final miles of the New York City Marathon and won—the first American female to win in 40 years—all while wearing the new Vaporfly. Some sub-elites also slipped on the shoe and started to achieve PRs that comprised in one race the equivalent of several career breakthroughs. Anecdotal evidence was bandied about, testifying to how the Vaporfly was a "magic" shoe that instantly made whoever wore it run faster with less effort. 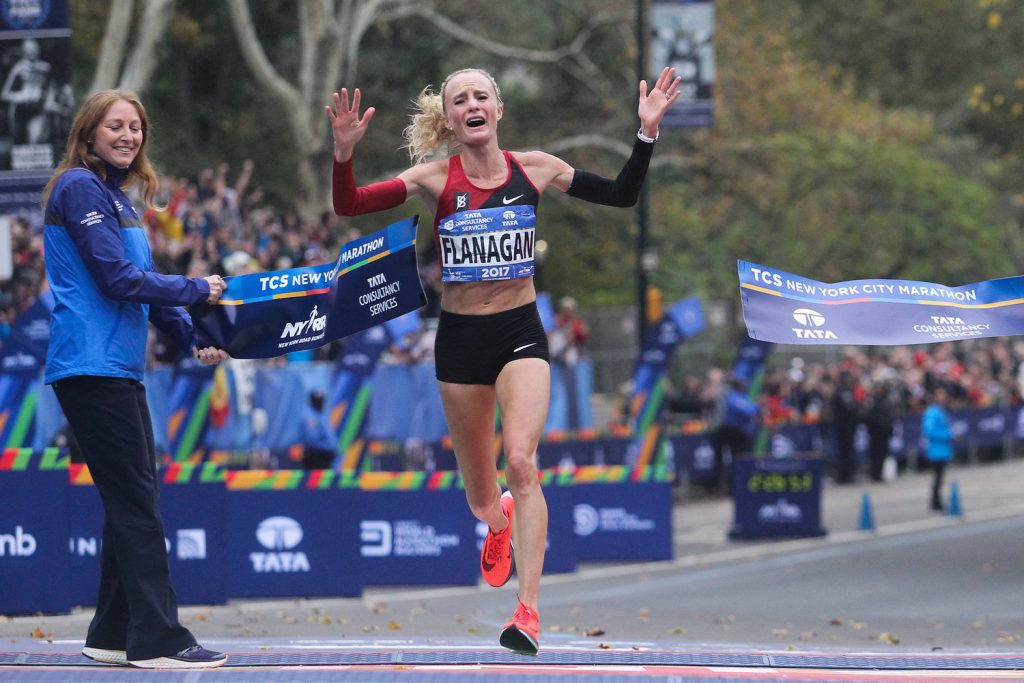 My post’s intention was to address the contention over the new technology enlisted in the Vaporfly. One part of that contention was whether the shoe actually worked in the way that the Nike-funded study claimed, that it improved a runner’s efficiency on average by 4%. Aside from the anecdotal evidence and various improvements in some people’s race times, The New York Times in a later feature offered a statistical analysis of outcomes that might illustrate the impact of wearing many different models of shoes, including the Vaporfly, on actual performance. Non-scientific tests abounded that also corroborated to some degree, such as Runner's World's runner on a treadmill. So, this part of contention seemed all settled. The second part of contention focused on whether a shoe like the Vaporfly should be banned for offering an exorbitant performance enhancement to those who race in it. This debate fixated on the exact technology used in the shoe to make it so purportedly effective. Many theories were presented, but the seemingly revolutionary element in the Vaporfly that everyone gravitated toward was the insertion of a carbon fiber plate into the midsole to act like a spring when flexed under the weight of the runner only to unload and propel the runner forward upon toe-off. Most had never heard of such a concept or device in a shoe before, and thanks to Nike’s marketing and many journalists' incomplete review of the issue, the running community seemed to arrive at seeming agreement that the plate was the biggest factor in the shoe’s performance advantage. Competing shoe manufacturers have followed suit by trying to produce their own shoes with some sort of plate inserted into the midsole. Some have called for a ban not just on the Vaporfly, but on inserting anything into the foam midsoles of shoes.

With only the scientific readings of others to point to, since I am no scientist, my post’s thesis was to offer a theory about why and how the Vaporfly seems to work the way it does in improving some running performances, steering attention away from the carbon fiber plate and instead toward the foam. A recent study reported on by Alex Hutchinson of Outside Online beat me to the punch and offers a more technical explanation of how the effect of the Vaporfly’s plate pales in comparison to that of the truly revolutionary and innovative element: the foam. Plates of carbon fiber and other materials have been inserted into shoes for decades without much fanfare, mostly because no particular instance was complemented by a marketing blitz or published research about its more-than-significant performance advantage. And the real-world results weren’t enough to catch everyone’s attention and revolutionize the industry. Nike inserted a carbon fiber shank into the thin foam midsole of the Nike Zoom Victory Elite track shoe for the 2012 Olympics in London. No one seemed to notice, and plenty of its sponsored athletes, including Mo Farah, eventual 5,000 meter champion, decided to use the previous model instead, preferring the feel and performance of the original Victory’s full-length plastic spike plate under a thin layer of foam. I’ve raced in the Victory Elite, and while I notice a subtle increase in snappiness in the shoe, I don’t think it makes me any faster. 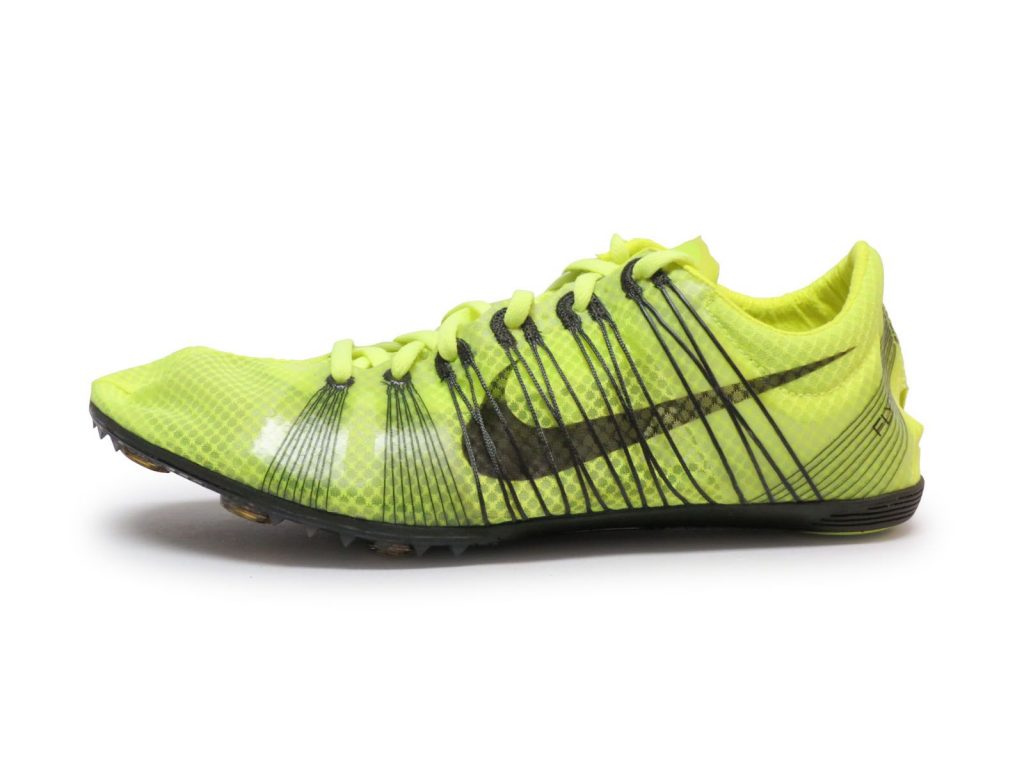 While the most common description of running in the Vaporfly is that it seems to force you ahead as if the plate flings your foot forward upon toeing-off, it appears that the foam is the most significant factor in yielding potential performance benefits, which makes sense if you consider the characteristics of the foam used. Nike calls the foam ZoomX, but it is actually made of Pebax, a thermoplastic used more frequently in the past decade to form spike plates in track shoes. As a plastic Pebax is at once rigid and flexible, resulting in a lightweight structure that can store and unload the force a track runner applies to it without firmly interfering with how the runners foot applies that force. When Pebax is blown up into a foam, it takes those same properties and translates them into the cushioning of the shoe, compressing under force and springing back to unload that force more than any other midsole material ever used. Aside from Nike’s marketing, Runner’s World found in its lab that consequently the Vaporfly’s Pebax foam midsole offers greater energy return than any other shoe ever tested. Translated into running performance, a shoe using Pebax foam will keep more of the energy from a runner’s stride and footstrike from being wasted, as lesser foams do; theoretically, that energy instead of dissipating as heat can be transferred back into the mechanics of moving forward.

So, that’s it, case closed, the Vaporfly has superior foam and energy return and thus is making runners faster accordingly, right? Not quite. The problem with modern running shoe technology is that we don't actually know how it works to make runners run differently (e.g. faster). As the Outside Online article mentions from the recent study, we still don’t fully understand the direct effect of improvements in running efficiency on actual running performance. We might find correlations of improvement, but those correlations don’t equal evidence of effect. In actuality, there exists a high variation in runners’ responses to specific elements of running shoe technology, even if a particular element, like type of material used for cushioning in the midsole, has shown to offer consistently a theoretically beneficial characteristic in the lab, like energy return. Why there are so many different brands, types, and configurations of running shoes for varying purposes, with such a broad range of love or hate for any particular shoe? It's not merely marketing but also about supplying what so many different runners actually like. Yes, enough runners actually love that shoe you hate for the company to keep making it or reusing parts of its anatomy. 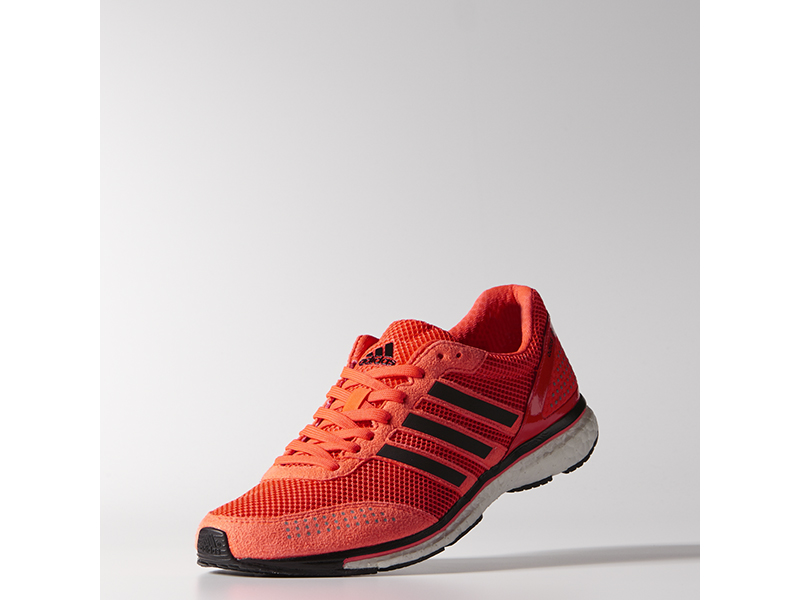 Runner’s World actually summed up the conundrum fairly comprehensively in an article in 2011, when Adidas had "changed running forever" with its introduction of Boost cushioning, made of TPU pellets, and its marketing of the material’s unparalleled energy return properties. A runner likes a shoe most that interacts with and matches best that runner’s stride and foot dynamics. Irrespective of the physical characteristics of the materials used, by and large the overall sensation the runner experiences while running in the shoe is what impacts how well the shoe works for the runner. Historically, when that runner wanted to run faster, he or she would have preferred the feel of a firmer shoe, and when that runner wanted to run more slowly, he or she would have preferred the feel of a more cushioned shoe. Of course, individual variation was at play, but that rule was generally accepted. Now with the energy return characteristics of TPU and Pebax, runners don’t have to chose between a firm, speedy shoe and a cushioned, comfortable shoe. Even so, that assurance of a combined cushioned-speedy feel to the shoe likely won't work well universally for all runners seeking improved performance from their shoes. As Steve Magness points out in his blog, how a runner runs in a shoe is determined by his or her brain and the intricate feedback it receives from all the organic components of the running apparatus when running in that shoe. Change the shoe, the surface within the shoe, or even the sock, and you'll likely change how that runner runs, to at least a slight degree. The sensation of performance created by a shoe is important, but how the brain causes the body to respond to such a sensation is the key to whether the shoe improves actual running performance.

So what of the Vaporfly, then, and the apparent performance enhancement it seems to bring to those who wear it? Well, I think we notice and remember and publicize breakthroughs more than failures and flops. Those more easily slip from our memory. Add in Nike’s marketing, the published studies, and a recent marathon world record run in the Vaporfly, and the perception of the Vaporfly as a magic shoe is likely highly biased. I have shared theories with other runners that those who wear the shoe might not get physically, and thus mentally, beat up as much due to the superior cushioning. Later in races they are able to tap into ability in their legs they otherwise wouldn’t have prior. In other shoes their muscles might have been too thrashed from absorbing the repetitive impact to be able to generate more force during the second half of the marathon. Or it is as simple and linear as more energy returned to the stride, more energy sent into forward motion, more running ahead faster. There’s still likely a lot of individual variation that doesn’t get noticed. Some people have even reported the Vaporfly feeling uncomfortable and thus like a hindrance. On the sub-elite circuit, I’ve seen the Vaporfly not “work” for some. 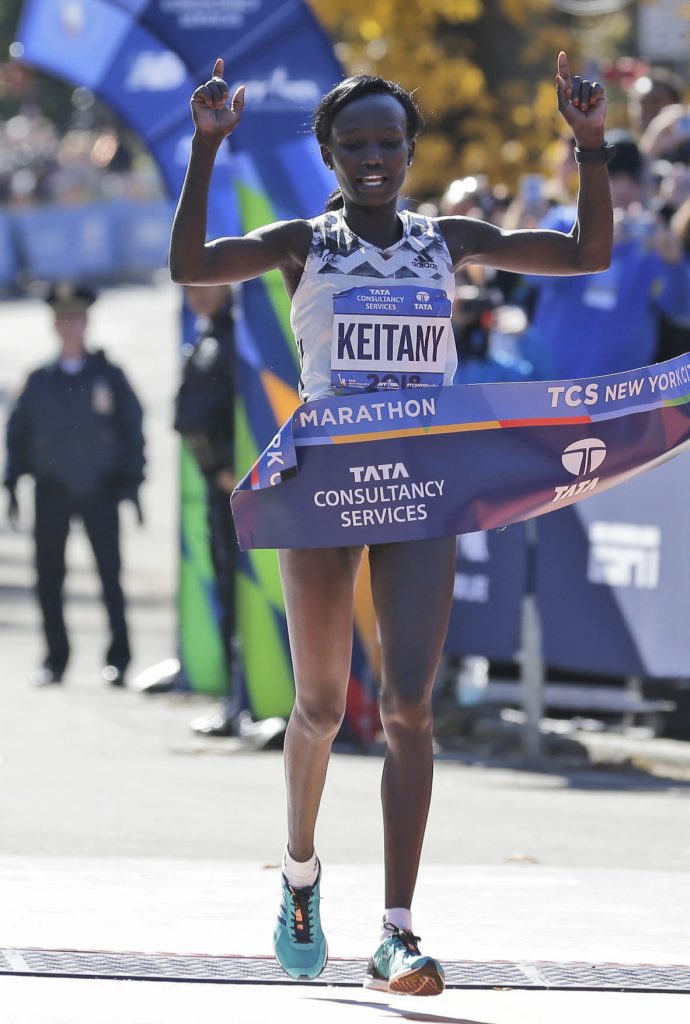 Even when an elite wins a major race in the Vaporfly, we don’t pay attention to the half-dozen other elites who fade off the leading pace, run a mediocre or worse time than they’re capable of, and fail to achieve while wearing the Vaporfly. Maybe they raced poorly and the Vaporfly’s assumed enhancement of their efficiency couldn’t save them, or maybe the sensation they get from running in the shoe doesn’t yield much of an enhancement for how their bodies run. The Adidas Adios 2 with a Boost midsole used to own the marathon world record, and it wasn’t considered a magic shoe for every body. The best male marathoner in the world, Eliud Kipchoge, prefers the feel of the massive cushioning of the Vaporfly, but the best female marathoner in the world, Mary Keitany, prefers to wear the out-of-production Adidas’ Takumi Sen 3, a lightweight shoe pared down to a thin midsole of EVA—old technology—with a touch of Boost under the ball of the foot. She just won the New York City Marathon for the 4th time over the second place woman, Vivian Cheruiyot. Their PRs at the distances are fairly close, but in NYC Keitany beat Cheuiyot, who was wearing the Vaporfly, by 3:14 or about 2.21%.

[Editor's Note: Mary Keitany at the New York City Marathon in 2017 and the London Marathon in Spring 2018 actually sported Adidas' direct competitor to Nike's Vaporfly, the Adizero Sub2, in its first all-black iteration. She likely lost to Shalane and her Vaporfly for other reasons than shoes; however, the Sub2 has received mixed reviews from customers, and it appears elites too are opting for either the Adios or in Mary's case the Takumi Sen.]