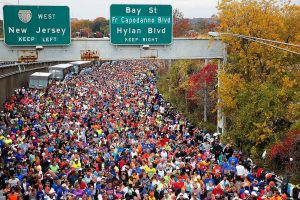 So, we’re in the thick of the best time of year. I’ve had a long break from the site, but it’s been much more like a slow digestive process than a break. It’s fitting that my journey to and through the Boston Marathon could best be reflected upon by letting life continue until I found myself here again. Forcing a recollection would be cheap and unworthy. Only through time and the continuation of life could I reach a point to realize the importance of the Boston Marathon. Which is really to say, since the Boston Marathon is only a point in time and a place in space, reaching a point to realize the importance of the marathon to me, to us, to people.

There have been a series of superb marathons run this fall that have provided the opportunity to focus my reflection on the marathon. The New York City Marathon recently displayed a professional runner finally achieve her ultimate goal in masterful fashion after so much sacrifice for so long and in such an impossible climate; a living legend who embodies the true ethos of the marathon complete his last; and several amateurs, including an old friend, break through to a new level of existence that they might have once never thought possible. All their stories are so dynamic and durable that it confirms to me that the marathon is never one event, that it’s not here one day and gone the next, that it finds you before and sticks with you long after. The first step you take into it must be long before the race starts, and your last step out of it will be long after you cross the finish line. The events are necessary for the race to continue to exist; the clock is necessary to keep time so that there is a before, during, and after; however, the marathon itself is enduring. 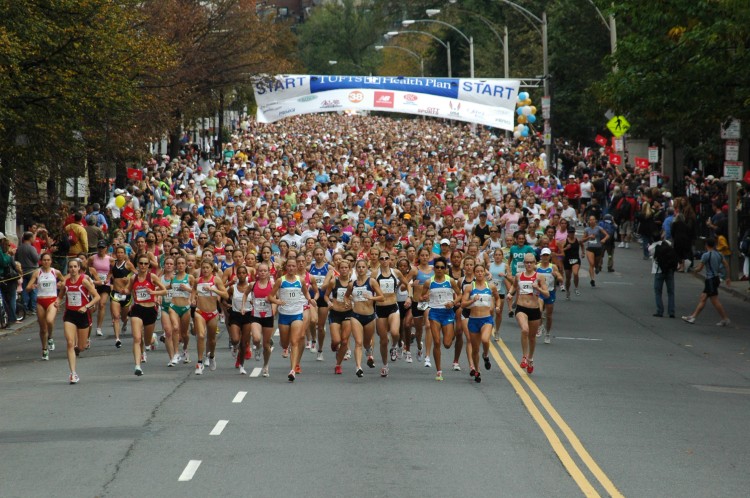 All of the factors leading toward my running the Boston Marathon in 2017, factors I detailed in earlier posts, are all very much still going. I took a break after the race but soon eased back into training to get strong again, to get stronger. I reassessed my running goals and looked ahead to breaking personal records (PRs) and reaching new levels of existence. I have continued with dogged consistency to follow the treatment plan for sitosterolemia, lowering the levels of phytosterols in my blood. I’m no longer anemic but have yet to see how far the levels of my blood contents will correct as the phytosterols are eliminated further. My lovely wife, Teresa, and I got married, pretty much ensuring that we’ll both keep running for a long time. I have kept digging into the why of running, investigating how it pairs with the why of living. And the running world has kept running, racers have kept racing, and Fall Marathons are coming to a close.

I could offer a more detailed report of my Boston 2017 race. I could describe the unexpected heat, the little kids’ outstretched grubby hands that many a runner high-fived during the first three miles out in the country, the complaints of my fellow competitors around mile nine against the placidity of Fisk Pond, the faces and shouts of old friends and family I passed along the way, getting treated in the medical tent for severe dehydration. I could, but I’ll save those details for another time. For now, as the cross country season winds down, I am moved as witness and participant to honor those who have trained this summer and raced this fall with a final few efforts of my own. Burgeoned hope and vigor for the continued running that is ahead. Keeping going and being, and letting the details fall where they may when they may.